Rosenberg & Co. is honored to present Blue Night, Red Earth: The Work of Nguyen Cam, mounted in conjunction with Asia Week NY and the celebration of the 25th Anniversary of Diplomatic Relations between the United States and Vietnam.

Internationally recognized with exhibitions in Paris, Hanoi, Ho Chi Minh City, Washington, D.C., Brussels, and Barcelona, Blue Night, Red Earth is Nguyen Cam’s first solo show in New York City. Fusing the material standards of Vietnam’s complex art history with the abstract sensibilities of European modernism, Cam occupies a unique place as an international contemporary artist with a visual language unmistakably his own. Created within the last two decades, the works included in Blue Night, Red Earth exemplify the mature style Cam has developed after a lifetime of stylistic and material experimentation. His canvases manifest a calm power, and the surprising balance of color, figure, and material feels both ancient and highly contemporary.

Cam has said of the recent developments in his oeuvre: “I felt the material would set me free from too elaborate of a composition process and allow emotion to play its part.“ He continues, “I shifted from the filter of elaborated thinking to spontaneity.” Works such as Untitled III and Blue Night Triptych incorporate everyday, culturally-significant objects such as recycled rice sacks, votive papers, cardboard, and sand to form innovative assemblages. Other works, such as Imprints 2, 5, and 8, recall traditional practices of calligraphy even as they shun convention.

Nguyen Cam lives and works near Paris. His colors, forms, and materials—which include used rice sacks and gingko leaves—all relate to his complex relationship with his native country of Vietnam. Cam was born in Haiphong, and in 1954 his entire family was forced to relocate to Laos, where he spent the remainder of his childhood. He moved to Paris to attend  l’Ecole des Beaux-Arts in 1969. In 1987, he was appointed the director of the Ecole Municipale des Arts Plastiques de Sartrouville.

In 1994, forty years after his departure, the Vietnamese government asked Cam to return to the country to teach at the Vietnam University of Fine Arts. Nguyen has been working between Paris and Hanoi ever since, and the return to Vietnam has had an intense influence upon his work. His distinctive style, materials, and colors emerge from the present vibrancy of his life in Vietnam and his layered memories of exile.

We are grateful to Suzanne Lecht and Art Vietnam Gallery, without whose support this exhibition would not be possible. 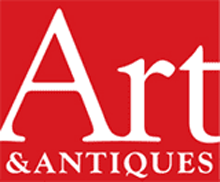